After months of rain, sleet, darkness and wind (not to mention the UK’s seemingly unique and special brand of aggressive motorists) a change of scenery was long overdue. We’d been planning our trip to Tenerife for months – the basic plan was that Dave and I would fly over there with our bikes in week one for some quality training and in week two our wives, girlfriends and kids would fly over and we’d have a week’s holiday (with some early morning cycling shoehorned in).

In the weeks before the trip, emails were sent back and forth with links to photos of wiggly mountain roads, articles about Tenerife being pretty much perfect for training (if it’s good enough for Wiggo…) and details of routes that included some very big hills indeed. It was going to be ace, we thought.

And it was. Better than that in fact. It was completely and utterly off-the-scale fantastic.

Our routine for the best part of a week consisted of breakfast, ride all day, eat, sleep, repeat. Our routes were pretty straightforward, “Up Teide and down the other side” or “the Masca loop that looks nice on the Internet” (it wasn’t – it was a tortuous, steep horror but the views were good) or “Let’s do a really big ride that climbs Teide twice and includes some other massive hills as well”. We made the most of it, in other words. 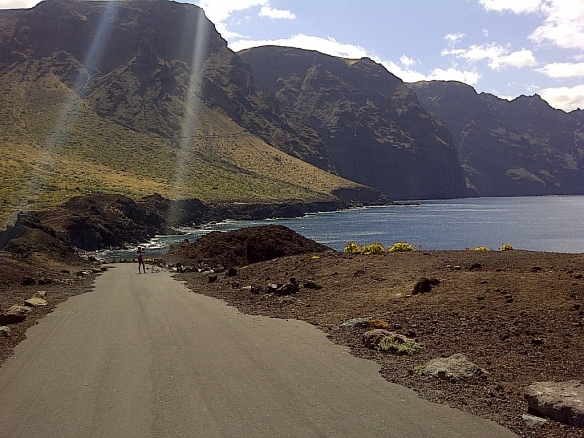 We did have a recovery ride on one day but as we found out, ‘recovery rides’ aren’t that possible when every single road seems to go up, down, up, down constantly – that ride to a café and back packed in 900 metres of climbing…..Tenerife – it’s no place for the weak and feeble.

Those few days – free from distractions and the stresses of everyday life so that every minute could be devoted to cycling (ok, we did watch football on the telly a couple of times) were arguably the hardest but probably the most enjoyable few days of cycling I’ve ever done.

The scenery was incredible. The climbs were long and punishing. The descents were amazing (including one road in particular that has to be one of the best roads to ride a bike down in the world). I pushed myself harder than I’ve done for a long time, if not ever – I had to; there simply aren’t any easy options anywhere on the island. I felt like I wasn’t being given a thorough kicking, rather I was enjoying the suffering knowing that it was going to yield fitness gains at a key time of the year. I’m sure Dave feels the same. 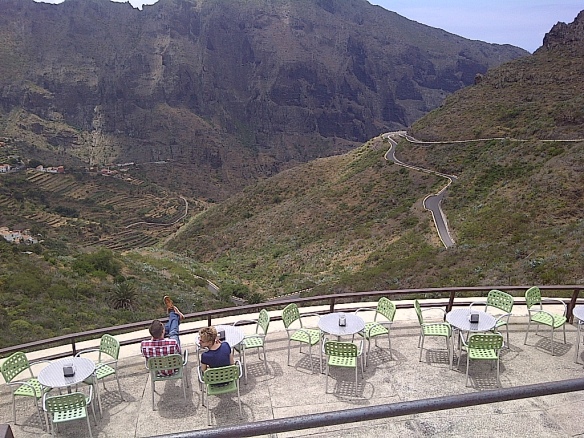 Our kit also never missed a beat. The bikes were impeccably reliable throughout the many hundreds of miles we covered. Not even a puncture between us! Our POC gloves that we’ve been using were used on every single ride, despite us both taking several pairs of ‘other brand’ gloves. Honestly, they’re that good (but smell a bit bad now) and the tons of Clif gels and Shot Bloks that we took were as good as ever, in fact they’re even easier to eat when the temperature reaches 25 degrees 😉 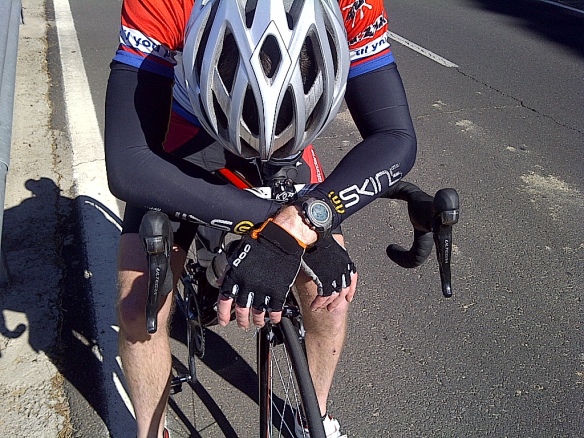 Once Deb, Angela, Michael and the girls joined us the weekend after, we were both pretty much ready to relax and enjoy a holiday. The sun came out properly and we had a good laugh, a trip to the zoo, a boat ride and Dave even hired a crap car to whisk Angela up the mountain roads the easy way. There was some cycling too – but more of the shorter (if you can call 4 hours short), early morning (5am! On holiday!)  but no less hilly kind of rides that keeps things ticking over and makes sure that we’re both back by breakfast with the day’s training all done and a smug grin on our faces.

Already planning the next trip…..

2 thoughts on “Dave and Jase do a Canary”