I agonised all week about whether I should allow Hit the North to go ahead or whether I should postpone it due to the coronavirus thing, but in the end I decided that everyone who had entered was an adult and could probably make their own decisions. On the day the actual turn-out was low so maybe some did stay away, perhaps put-off by the virus or the 2019 mud and/or lack of coffee…. who knows. 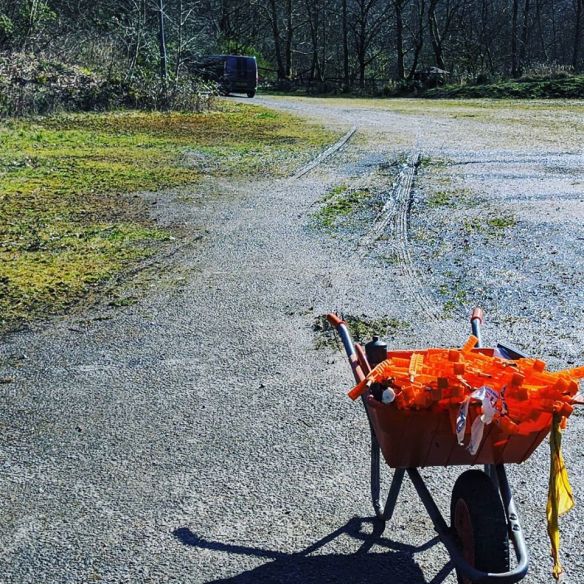 The sun was shining on the day that I set out the course with my arrows, ball of string and wheelbarrow. The park isn’t in a brilliant state following several storms, attacks by stolen motocross bikes and a long period of neglect but I think I managed to string something interesting together and finally, in the middle of that sprawling, run-down urban park, I finally started to relax and look forward to the event.

On the day of the race, we had coffee, Caribbean food, a PA system complete with wheels and disco lights and a small band of ladies and gents – some of them racing, some of them helping by marshalling, handing out numbers and setting up various timing gadgets to take away the horrendous manual timing nonsense of previous years. And no rain (not much anyway). 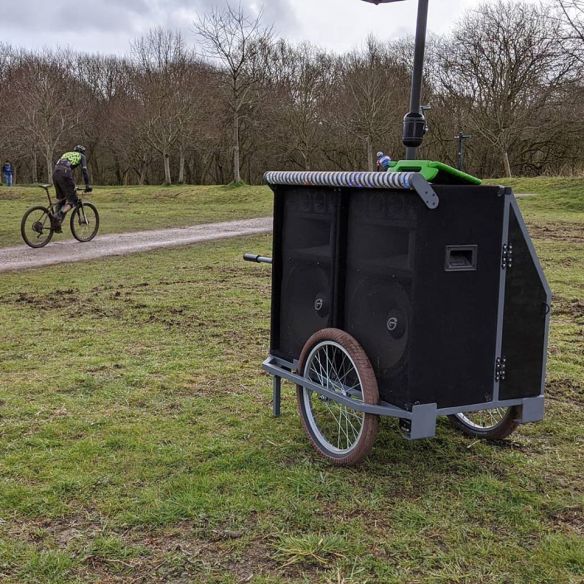 With only a few equestrian, illegal motorcycle and grumpy dog walker encounters out on the course, the whole race ‘just happened’ without too much intervention from anyone. The first aider didn’t have to do anything and to my knowledge, nobody’s bike or body suffered anything too serious. Everything was packed up by 2pm and apart from a few tell-tale brown stripes on the grass, nobody would have known that anything had happened. 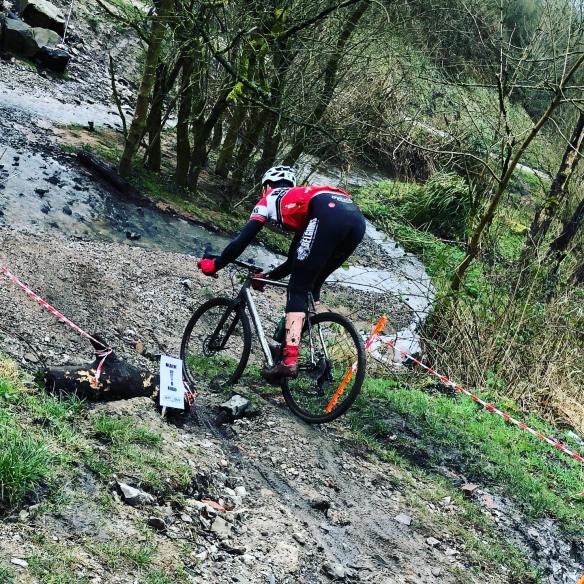 The day went so well in fact that I immediately decided to organise another race in 2021. Possibly 2 races. Maybe not at Philips Park, but on the other hand it does have its advantages. I’d be interested to know what others think about that. 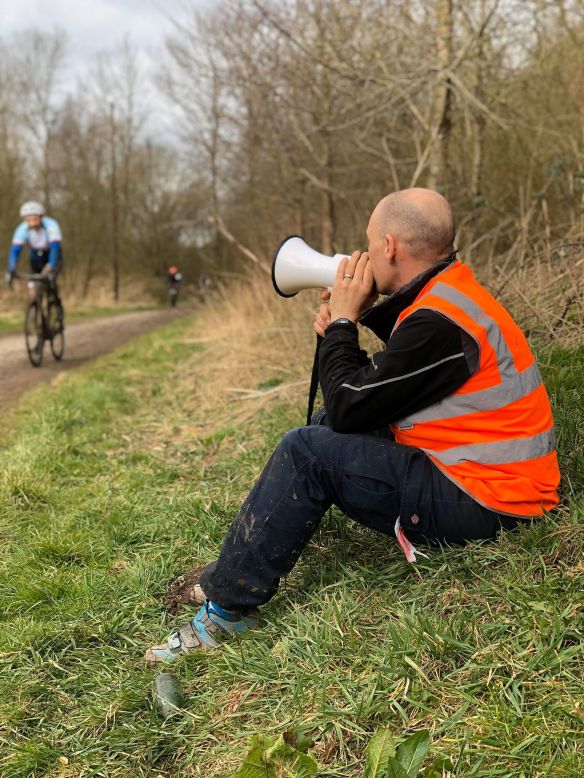 There’s a long list of people who deserve thanks, so here goes…

Debbie, Michael, Rachael and Eleanor for putting up with me dragging them all 200 miles south for this and for their unrelenting help on the day.

Budge and Carl for the early start and the gazebos.

Proper Cleaner for supplying the prizes and Guy Martin hats.

Phil and Darren for the hours and hours of help with marking out the course.

Warren for the website, graphics, back-end stuff and for making things look cool.

Tony Barry for being the most laid-back and friendly commissar that I’ve met for many years.

Most of all, a MASSIVE thankyou to all those who entered this race and especially to those who have supported this event over the past 12 years. This has always been a team effort. 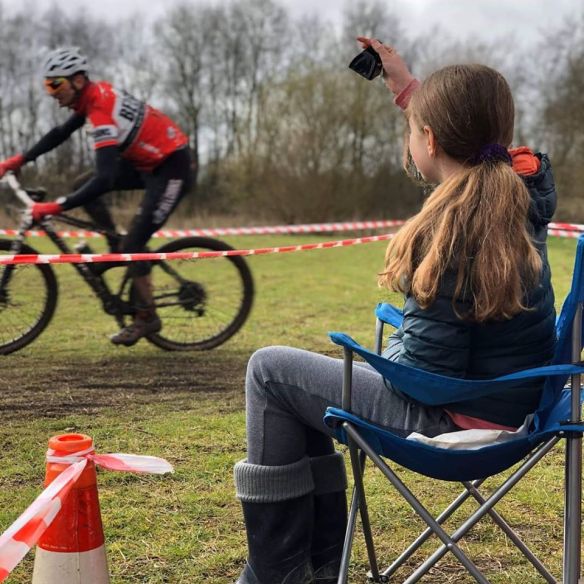 Results and the event website are here, where you’ll get news of future events.

A matter of days after the race and the UK government said we should all stop going out and British Cycling cancelled all races that they insure, so Hit the North happened just in the nick of time, on the last weekend of racing for some time….

Stay safe, look out for others and stay sane, folks!