Getting to the start of 10@Kirroughtree race this year for me was super-easy, in fact I can’t remember ever taking part in a race before where halfway around the course I could see my own house. I was even able to have a few practice rides on the rooty, steep, massively fun and challenging course in the week leading up to the event. 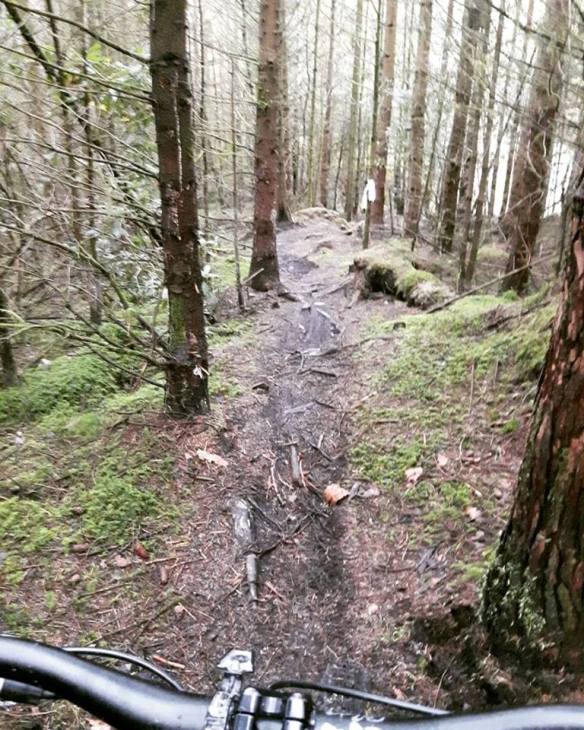 For 3 days I was messing about trying to get tubeless tyres to seal properly. The weather forecast for ‘The Ten’ as it’s known locally suggested that the race would be muddy and slippery to start with, but in the sunshine and breeze should dry out nicely.

I had my Highball hardtail ready with a pair of wet conditions tyres (even dragging a mud tyre out of the shed for the front) and the Blur was all setup with some fast dry conditions rubber. I did consider swapping the tyres on the Blur for a nanosecond but then remembered how much effort it took to get the damn tyres to seal on those rims too so immediately dismissed the idea and planned on turning up with 2 bikes like some kind of full factory show-off.

The tyres on the hardtail had about a gallon of sealant in each of them and following a lot of effort and swearing, by Friday, they seemed to be holding air.

HOWEVER. In a similar way that some people have a predetermined disposition for ingrowing toenails, baldness or crappy tastes in music, I appear to have been cursed with some sort of First Lap Rear Tyre Affliction.

This must have happened 5 or 6 times now. Opening lap of an endurance race and BAM, the rear tyre either gets torn or otherwise loses all air pressure so I stop and watch the rest of the field ride past. I stopped, removed the back wheel and trying to contain my rage, started to replace all the useless sealant in the tyre with an innertube. Ritchie soon arrived and abandoning a good time for his own first lap, lent a hand (and a malfunctioning C02 inflator).

I’ve no idea how much time was lost but I was soon on my way again, dropped back to about 9th or 10th place in the solo category.

Early days yet, chin up lad.

For the next few hours I bashed around the steep, extremely rooty course and while I was thankful that I was using tyres that were working well in the conditions my lower back was crying out for Ibuprofen and a go on the full suspension Blur.

Eventually the course conditions improved and I jumped aboard the Blur without worrying that the tyres were going to dispatch me straight to Valhalla. What a difference. In a proper hardtail/full suspension back-to-back comparison like this and it was obvious which was the more capable and faster bike. Even though I was pretty knackered, my lap times came down by about 7 or 8 minutes for the remaining 4 hours, my back stopped hurting and crucially, I started to enjoy myself.

God I love that bike. I really do. I almost cried when I had a little crash (ahem) and scratched it.

I was gaining places now. I’d told Deb to keep my position in the race to herself until the end so while I knew that the past few hours had gone better than the first part of the race, I had no idea how many solo riders were still in front.

What I did know was that I was nowhere near friend and local rider Ben White who I’d last seen when my tyre went flat. He’d spent the race riding away from everyone else into the far distance (and he subsequently won the overall solo race) but I tapped out the laps and eventually, with about an hour of the race left, I slotted into 2nd place somewhere behind Ben. I’m an old geezer and Ben’s not so I won the over-40s vets solo category and for the first time in 18 months I ended the day by standing on the top step of a podium. Chuffed doesn’t do it justice. And my local race, too. Fabulous. 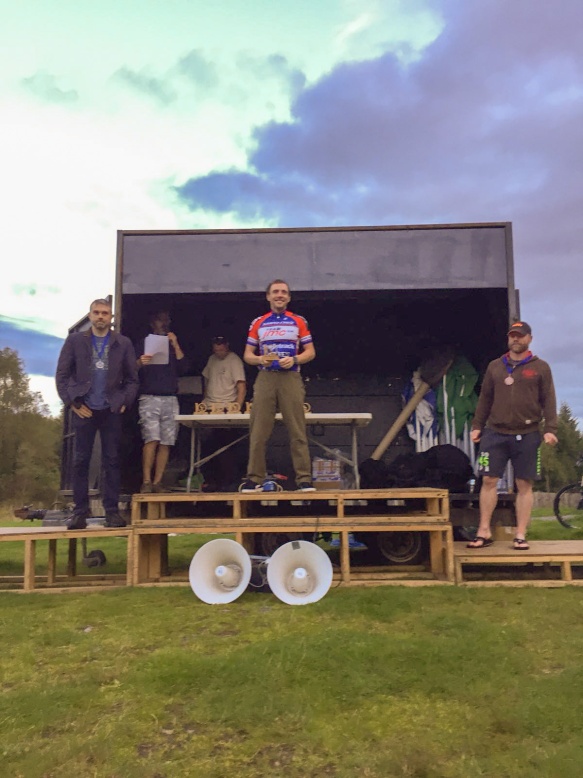 It was a great day for the biking community of Newton Stewart as aside from Ben and I, the rest of the roll of honour was dominated by male and female riders from our wee town. 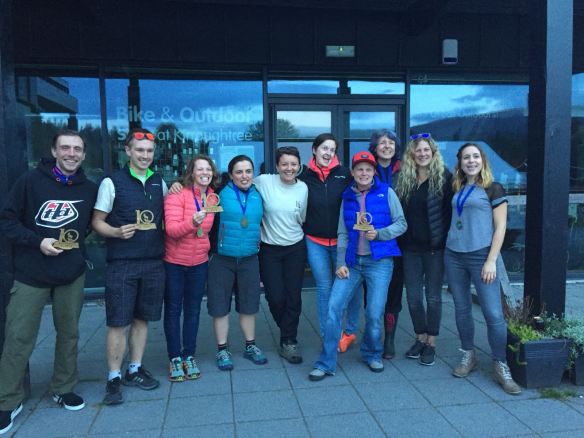 The Newton Stewart Roll of Awesome