Regular readers of this blog will probably be a bit bored of me claiming that I’m not very good at short races. It’s not like I’ve got absolutely zero top-end (I’m learning how to get a bit faster) but I’m much more suited to the longer races.
That said, I do love a good fast-as-buggery, turn-your-lungs-inside-out thrash on a short lap. I love the fact that you don’t need to take a vanload of supplies, spares and people to even think about finishing the race – in fact it’s practically game over if you so much as get a puncture so there’s not even any point in taking a spare tube or a pump….just put the number board on the bike, climb aboard and get in the proverbial paincave. For an hour. AN HOUR! ALL DONE AND DUSTED! Brilliant.

I’ve done two short XC races last week, so probably 50% of my yearly quota of these things in 4 days.
The first one was a very local race – the Bolton round of the midweek XC races. I enjoyed this race last year and last week’s was no different. I think I might have had a similar result to last year but as a return to racing after a 24 hour solo and 2 or 3 weeks of eating The Wrong Things, 10th place wasn’t too bad. I was able to ride to the race and ride home again through the woods afterwards which was an added bonus. 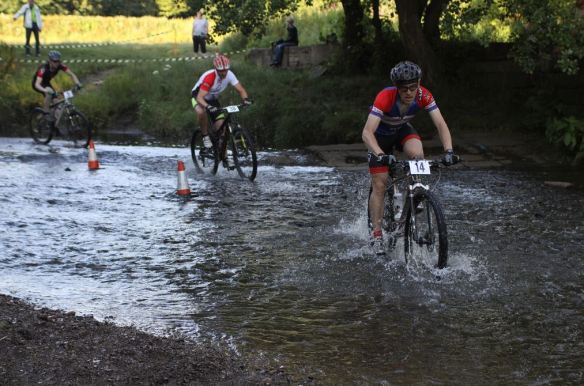 The second of the two was the National Points race at Sherwood Pines, however the ‘proper’ races were all on Sunday. I was doing the Open (AKA the everyone welcome, run wot yer brung) race on the Saturday because:

The race was harder than I was perhaps expecting. It would seem that there are more fast tightwads out there than I thought, but I managed to finish in second place, having ‘only’ crashed twice on the bone-dry but incredibly narrow and twisty course.
It rained before the Sunday races too, so another bullet dodged ;0) 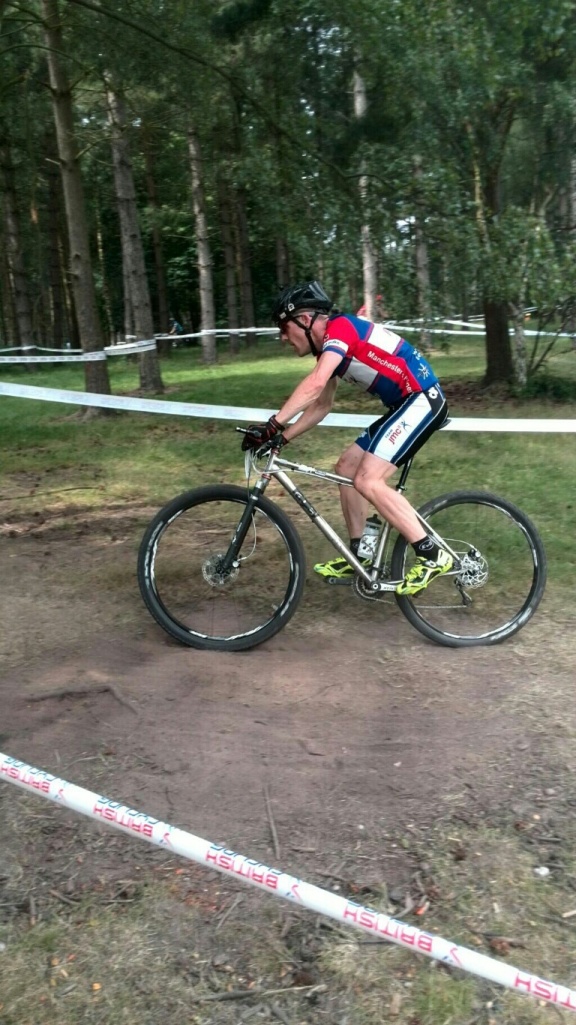 After a barbecue and some birthday cake (thanks Lee and Rachael!) and a few hours’ sleep in the local Premier Inn, me and Guy set off from Matlock, joined the Pennine Bridleway at its southernmost point and followed it north until we got to Rochdale, some 100 or so miles later.

After a sometimes-rainy, always-windy and quite often very tough and hilly 11 hours of offroad riding we dropped down to the mean streets of Rochdale and nipped down 15 miles of backstreets back to our house, arriving just as a roast chicken dinner emerged from the oven (thanks Deb).

To round things off, I continued my “special project” training last night and rode the recumbent again on the UCLAN track. This time though it rained. Hard. As new experiences go, it was one of the more unpleasant ones…