Deb did her bit for the UK race scene (yet again) at the PMBA Kirroughtree Enduro – supporting her local bike race by volunteering to marshal and was placed at the start of Stage 5, otherwise known as “The Really Hard Bit”….

Packing enough supplies for a week into the car at 7.30am is not my usual start to a Sunday. Once I’d arrived at the visitor centre and the marshal sign on and briefing was all done, our merry band of hi-viz wearing volunteers were all distributed around the 5 stages of the PMBA Enduro course. I was so glad I remembered the midge spray. 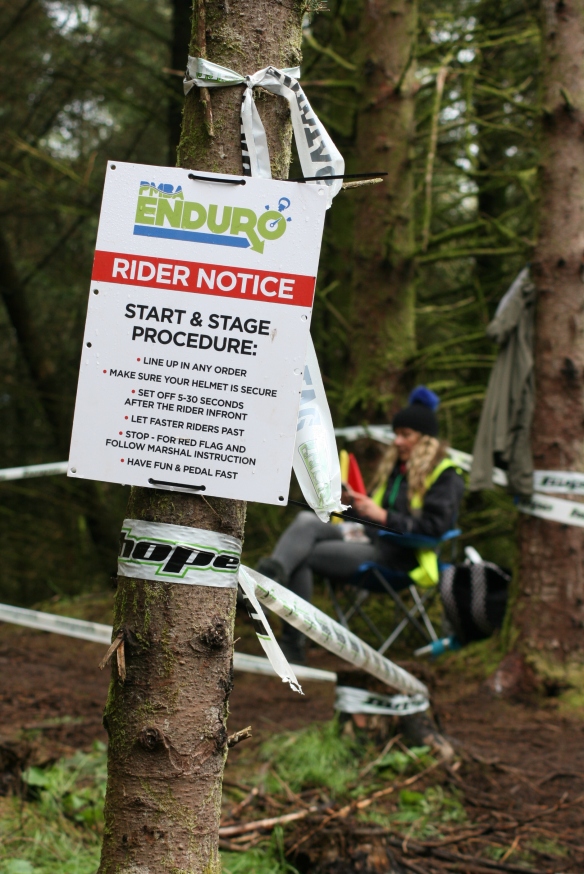 I was responsible for the start of the final stage and had been placed at the top of a very steep, very slippery and very long downhill section through the dense forest. It felt a long way from anywhere but surprisingly it appears to be the only spot at Kirroughtree with an EE 4G signal. 12 months of living here and I’ve finally found it.

This was a rather daunting experience as the whole Enduro marshalling process was a first for me. I felt slightly out of my endurance mountain biking pit helper comfort zone.

Riders soon started arriving for practice runs. I watched in admiration as time after time people attempted the slippy, rooty, rocky hairpin descent that was merely the beginning of the intimidating technical section. After a while I began to learn the line so well that I almost believed I could ride it myself.

The range of rider ability was vast (as was the age range) but each and every rider had endless courage and determination. This was in spite of the occasional nerves and doubts creeping in as they waited the minimum of 20 seconds for the rider in front to clear off. 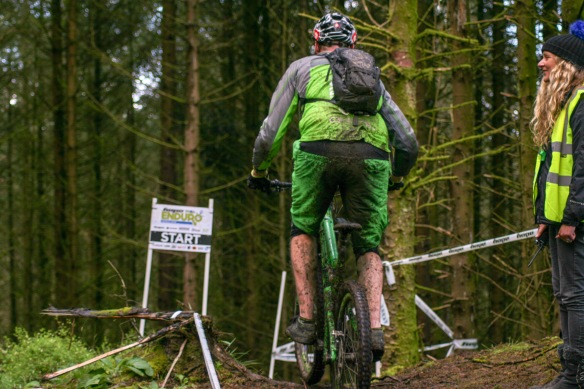 I wished I had had more than the regulation 20 seconds to chat to them all but if I did I’d have been even later home and would have completely ruined everyone’s concentration. 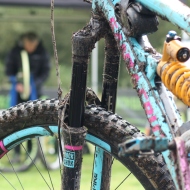